The Effect of Learning Through Inquiry: A Blog Series

Written by The Editor on September 20, 2018. Posted in Elementary, High-School, Post-Secondary. 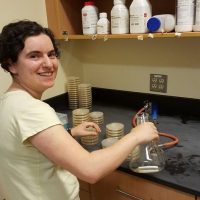 Hello World! My name is Maayan, and I am another co-op student at AYVA. I’m currently studying biochemistry at the University of Guelph, which is how I ended up on the AYVA Team. A bit more about me: I do not have any cute pets, but I do have two younger brothers. I’m interested in science, especially all the cool discoveries that can be made to improve the human condition. Outer space is rad. I can talk about Mars colonies for hours on end.

How did I get into science? 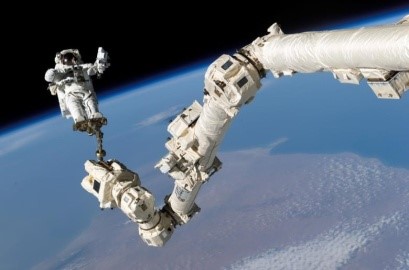 As a wonderfully sweet little child, I frequently stole my brothers’ toys. I built Lego castles, controlled toy cars, and appropriated (stole) puzzles by the box. I liked building things, and I liked breaking things down to see how they worked. As I continued to grow into an adolescent, I enjoyed reading science fiction, enough to finish all the books my school library had.

Eventually, as I skipped on through life, I was assigned to do a school project on an important Canadian. I chose Julie Payette, an astronaut (and currently the Governor-General), and my interest was born. It was amazing to me that people had gone to the moon, and now different countries were collaborating on the International Space Station for scientific research. For the first time, I felt that people could come together for a cause to further humanity. The five-dollar bill is still my favorite: it has the Canadarm2 and the astronaut on it. To this day, I smile whenever I see one.

In high school I realized that astronauts couldn’t have gotten to space without a team of people down on earth who helped solve problems, and just because their jobs were less flashy (and got less camera time) it did not mean that they were any less important. Anyway, I liked biology (humans!) and enjoyed learning chemistry (and about the universe). I couldn’t decide which one I liked better, so biochemistry is the major I chose. No one seemed to be offering xenobiology or astrobiology courses at the time, but I hope someday they will.

Back to the blog, I will be writing a few articles on teaching science through inquiry. This is important for future STEM-ists since teaching STEM is only a step before understanding STEM. After all, every inventor, scientist, engineer, mathematician, technologist, and astronaut started as a student.

Nice to meet you, and I hope to write again soon,

Michelle Brosseau
I have been teaching since 2009 at my alma mater, Ursuline College Chatham.  I studied Mathematics and Physics at the University of Windsor.  I will have completed my Professional Master’s of Education through Queen’s University in 2019. My early teaching years had me teaching Math, Science and Physics, which has evolved into teaching mostly Physics in recent years.  Some of my favourite topics are Astronomy, Optics and Nuclear Physics.  I’ve crossed off many activities from my “Physics Teacher Bucket List”, most notably bungee jumping, skydiving, and driving a tank.
Project-based learning, inquiry-based research and experiments, Understanding by Design, and Critical Thinking are the frameworks I use for planning my courses.  I love being able to use PASCO’s sensors to enhance the learning of my students, and make it even more quantitative.
I live in Chatham, Ontario with my husband and two sons.
Save & Share Cart
Your Shopping Cart will be saved and you'll be given a link. You, or anyone with the link, can use it to retrieve your Cart at any time.
Back Save & Share Cart
Your Shopping Cart will be saved with Product pictures and information, and Cart Totals. Then send it to yourself, or a friend, with a link to retrieve it at any time.
Your cart email sent successfully :)